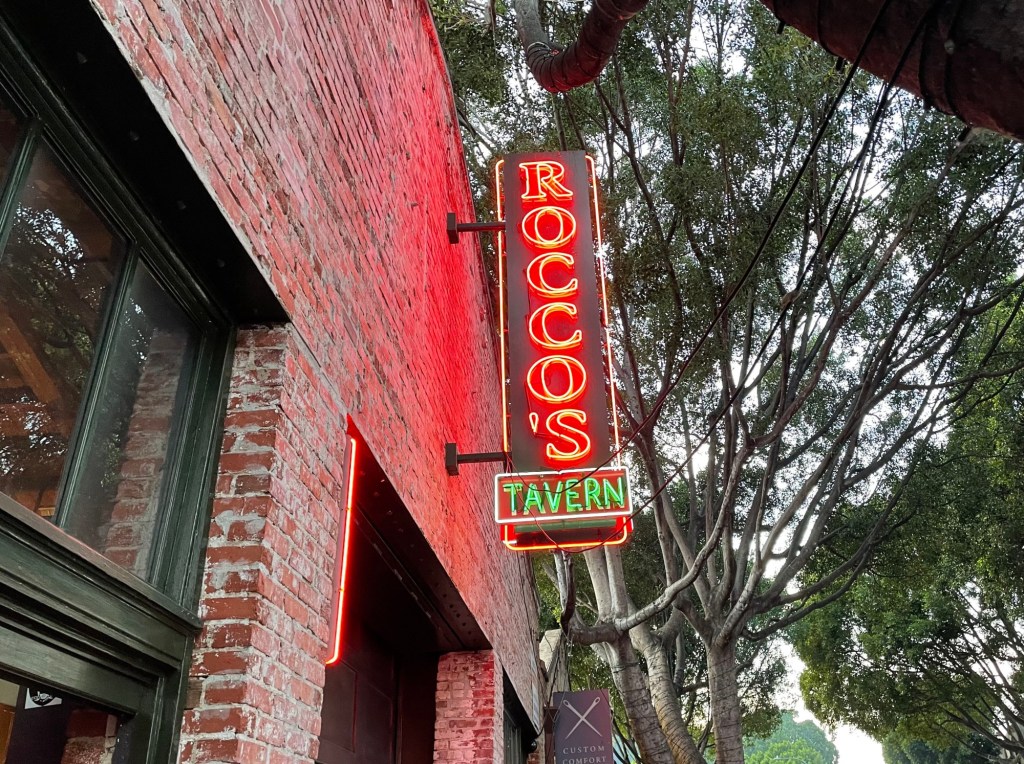 My daughter was in town over the holidays, visiting a town with a sprawling Little Italy and plenty of restaurants of the old school variety.

Thinking she wanted to try some modern Italian food here in SoCal, we went to a hot spot where they serve marinated amberjack crudo with blood oranges and watercress salad with smoked almonds. The pasta consisted of handmade tonnarelli with guanciale pork and handmade tagliolini with yellow tomatoes. As an accompaniment, you can taste mushrooms with rosemary and Wagyu beef with old parmesan. There is a whole menu section dedicated to truffles.

My daughter looked at me and said, “Doesn’t anyone eat spaghetti and meatballs in LA?” I suggested Buca di Beppo. And she said she didn’t know enough people to warrant a meal at Buca, with its industrial-strength pasta served in stadium-sized portions.

But, of course, the options are plentiful – because despite our modern Italian cuisine, we’re still a classic pasta and red sauce town. And in the case of hot spot destinations like Rocco’s Tavern (44 W. Green St., Old Pasadena; 626-765-6810, www.roccostavernla.com), rich in old-fashioned food surrounded by big screens showing the game of the moment.

In a way, Rocco’s is the sports bar version of Buca, which is a block from Green Street in Old Pasadena – except with smaller portions (but not “small” by any effort). imagination!) and lots of large hanging displays. Where locals go to Buca to eat big, they go to Rocco’s to clap loud – which God knows they do.

With locations not only in Pasadena, but also in Studio City, Culver City, Westwood, and West Hollywood, Rocco’s is where you go when you want a good game or six, plus old-fashioned pizzas topped with pepperoni. , sausages, mushrooms and lots of cheese; and a five-cheese ravioli lasagna (Yup! Layers of ravioli made into a lasagna with lots of cheese and lots more sauce!).

For those of us with a taste for heavyweight nostalgia, the classics abound. Chicken parmigiana is breaded, fried, cooked in marinara, topped with mozzarella and romano cheese, and served with marinara spaghetti on the side. The linguine is mixed with small “Back East” clams, in their shell – as it should be. There is eggplant parmigiana. There are sausages, peppers and onions, served sizzling. There’s calamari fritti and a soft Philadelphia pretzel.

There’s also a meatball parmigiana hero and another with sausage, peppers and onions. One bite and you’re on Mulberry Street during the San Gennaro festival. But without having the impression of being in “Godfather II”.

And yes, there are Beyond Meat tacos, wings and burgers. We are in 2022. Options are required.

On the other hand, at Salvatore Italian Restaurant (125 N. 6th St., Montebello; 323-727-2803, www.salvatorerestaurant.com), it could still be 1975, the year this local legend started serving chicken piccata, chicken cacciatore, baked penne and scampi with prawns.

With its leather booths, pictures of Italy on the walls, cloud-painted ceiling above the kind of hanging chandeliers that must have looked dated in 1975 – and classic windowless exterior – Salvatore is the kind of restaurant they just don’t do anymore. Even the prices are from an earlier era; it’s a restaurant where you can eat very well, for not much at all.

Just consider: the nine entrees cost between $6 and $13; the five 50/50 combos will have you covered for $13 to $15; most of the nine entrees are priced for teens — only the grilled halibut and New York steak slip into the $20 range. And that includes a side dish of pasta and a seasonal vegetable. You want minestrone, it’s $3 more; the antipasto salad or Caesar salad is $4 more. The bottom of the menu says “We are not a gluten free restaurant”. Of course not! There was no gluten-free in 1975. Why would there be now?

But there were, and are, shells stuffed with ricotta, mozzarella and diced chicken, and drizzled with a pink sauce. There was, and is, layered lasagna with ricotta, mozzarella and meat sauce. There was, and is, linguine with clams, langoustines with prawns and — yes! – Spaghetti with meatballs. Everything now tastes the same as it did then, that is, the love of a mom.

But hey, it’s not a restaurant stuck in the past either. I bet the cappuccino truffle dessert is new to the menu. And the same goes for the many cocktails – the Margatini, the Tequila Seabreeze, the seven margaritas. The list of spirits is long — I counted 12 tequilas, 12 vodkas, 16 whiskeys, 9 scotches, 27 liqueurs. Who drank Jagermeister back then? Indeed, who drinks it now? This I do not know. But I do know that half and half lasagna and ravioli is bliss in every bite, even if it’s glutinous.

And speaking of old fashioned Italian dishes, please stop me if I’ve already told you about this one – you know, the one at my favorite little Italian restaurant in Rome, the place called Trattoria Da Luigi, in Piazza Sforza Cesarini, just off Piazza Navona. Don’t you remember I mentioned that? Well, well. So let me tell you about it.

I first went to Trattoria Da Luigi many years ago, when I was alone on my honeymoon (don’t ask, it’s a very long story). I had arrived in Rome with Alitalia and was sitting dispirited in my hotel room wondering exactly how one is supposed to spend a lonely honeymoon, when the phone rang and a friend of a friend who was in Rome asked me if I would like to have dinner. Having no plan at all, I said sure.

We took a taxi to a small square that looked more like a flea market specializing in folding tables and chairs. The tables and chairs all belonged to an open-air restaurant called Trattoria Da Luigi, which sprawled across the square, for no apparent reason or rhyme. People were sitting at their tables, eating carpaccio topped with parmesan and artichokes, gnocchi with gorgonzola sauce, grilled sardines, spaghetti with tomato sauce – dishes as basic as anything you’ll find in the pantheon of Italian gastronomy.

The meal, if I remember correctly, was wonderful beyond anything I had ever eaten before, the very epitome of Italy on a plate. Wines were flowing, musicians were serenading, laughter filled the square. The bill was negligible. The hangover the next day, on the other hand, was considerable. The hangover, thankfully, didn’t linger; memories certainly do.