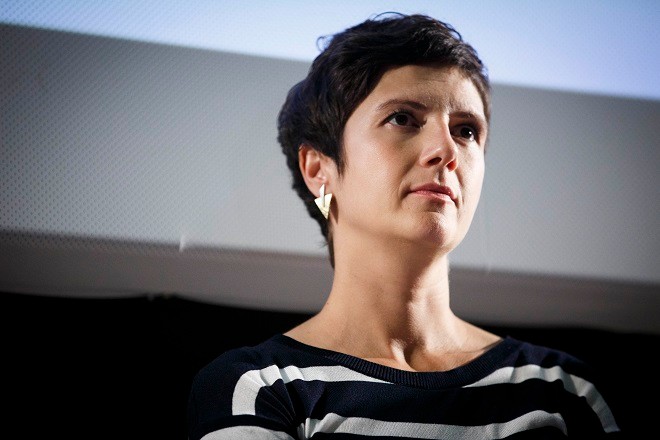 Moms in the kitchen, dads at work. Messy and very brave little boys, shy and tidy little girls. Men who can practice the profession they want: astronomers, lawyers, postmen, cooks …. Women who are full-time housewives and mothers or, more rarely, teachers and hairdressers. Are these just stereotypes dating back to the 1950s? It would seem so, but until a few years ago it was not uncommon to find them in almost every elementary school textbook in Italy.

Even today, leafing through these old-fashioned books, one has the impression of taking a trip back in time. It is only in recent years that textbook publishers have decided to take a different direction. â€œToday, we cannot put together a school textbook without taking a gender perspective into account. And it’s a good thing that people are taking this change very seriously, â€says Irene Biemmi, gender teaching expert and lecturer at the University of Florence.

Over the past four years, Biemmi has also worked as an advisor for Obiettivo Parita (Equality Mission), a project that brings together two Italian publishers, Rizzoli Education and Centro Studi Erickson, who have adopted a series of internal regulations aimed at creating, writing and illustrate a series of books that can give equal representation of both sexes.

Biemmi: First of all, an under-representation of women and girls: only 37% of the stories presented in these books have a woman in a leading role. This shows that the sexism latent in these books could have far-reaching repercussions. In the workshops that I organize regularly in schools, I ask the girls how they think there are so few women in these books, and some of the answers are: “Obviously they are. less important â€.

There is an abundance of stereotypes. In these stories you can find very few working women; all the girls are shy, orderly, good students, while the boys are courageous and active, sometimes a little aggressive. It’s like diving into archetypes from a very ancient time.

Question: Have things improved since then, in your opinion?

Biemmi: If I look at the manuals today, I would say yes. But in 2016 two researchers, Cristiano Corsini and Irene Scierri, used a similar analytical grid on newer textbooks and their conclusions were actually pretty dismal, it seemed like things had gotten worse.

Question: Why do you think that textbooks seem unable to get rid of gender stereotypes?

Biemmi: Because publishers are aimed at a particular audience, the school audience, which has great difficulty in accepting change. Italian schools are a lagging mirror of what is happening in the country and they cannot keep up with all the changes that have taken place in our society. Let us not forget that, on the one hand, most teachers were trained in the 1970s and 1980s and therefore introduced this culture into their classrooms.

Second, no specific training is offered on gender issues, either for older or younger teachers. There is also an emotional side. A mother with an apron offering the children their snacks, daredevil little boys and busy little girls with their dolls. It is an almost mythical representation, and very reassuring at the same time. Throwing this culture in the trash and suggesting something new is easier said than done.

Question: “Obiettivo parita” tries to do just that, however. You are their main advisor: what exactly is your role?

Biemmi: I led the team that laid out some practical guidelines for our editors to implement as a basic reference. Now my job is to thoroughly review each book, page by page.

Biemmi: I go through the galleys with a fine comb. I ask myself questions such as: how many male and female authors are included? Do the stories have an equal number of men and women in the lead roles? Are there any stereotypes? I look at the book as a whole, I don’t focus on just one passage. If I have problems with certain documents, perhaps because obvious or unpleasant stereotypes are cited, I report it to the editors.

But in general, I try to get an overall impression of the book. Then I get down to proofreading his language. For example, I remove all male gender instances from homework instructions. Instead of a generic â€œdebate with your classmatesâ€, I prefer to use â€œa debate with your male and female classmatesâ€ or â€œwith your classâ€. At the end, I send my suggestions to the sub-editor, whose task is to correct any imbalances.

A few months later I receive a new set of galleys and I do the final proofreading, this time taking into account the photos and illustrations. Then, and only then, when everything falls into place, the book is sent to the printers.

Question: Is your job mainly to remove rather than add?

Biemmi: No, it is not enough to remove stereotypes. Our aim is to offer something new, so-called â€œcounter-narrativesâ€. But how you use them is crucial. For me, the best book isn’t the one where all mothers are astronauts and all fathers are busy in the kitchen making dinner, where little boys are shy and all little girls are like. [feminist icon] Pippi Longstocking.

The best book is the one that can offer a multifaceted representation of reality, because cultural diversity is the springboard to achieve equality. We don’t need books that present an upside-down view of the world – that would be totally artificial. In our world, there are plenty of mothers who work as scientists, lawyers or postwomen, just as there are emotional little boys and sporty little girls: why don’t we enlighten them too?

This article is published as part of â€œTowards Equalityâ€, an international and collaborative initiative bringing together 15 international media outlets to highlight the challenges and solutions to achieve gender equality. The Asahi Shimbun is participating in this campaign led by Sparknews.