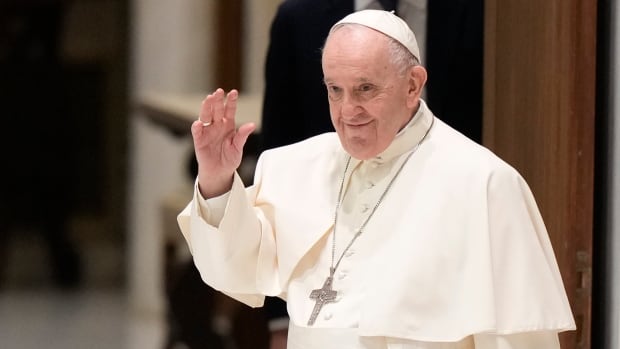 As a Canadian delegation prepares for its final meeting with Pope Francis at the Vatican on Friday, a growing chorus in Canada hopes that Francis will pledge to immediately address the Roman Catholic Church’s broken promises of compensation to survivors of the boarding schools.

The Canadian bishops announced a new fundraising effort last fall — $30 million over five years — and say work is on track.

But critics are skeptical. Even if that money can be raised, they say it is wrong to keep the dwindling number of elderly survivors waiting so long. They say if the Canadian bishops don’t do it immediately, the Vatican should do it.

While full details of Vatican assets are unknown, a chart of known assets puts them in the tens or possibly hundreds of billions of dollars.

Survivors say the compensation money isn’t for them – it’s to fund addiction and mental health supports, job training, recreation, language preservation and others programs for their descendants suffering from intergenerational trauma.

“It’s affected my children, my grandchildren. So many are lost,” said survivor and mental health worker Audrey Eyahpaise of Beardy’s & Okemasis Cree Nation.

Survivors say the Vatican is just as responsible as local religious orders and dioceses.

“It’s been a struggle for many years. They’ve been patient. They keep hearing broken promises,” said Bonita Beatty, a professor of Indigenous studies at the University of Saskatchewan and a member of Cree Nation Peter Ballantyne.

“It’s a hierarchy. They report to the Vatican. So yes, there [Pope Francis] is responsible for the different branches of his government. He can’t just wash his hands of it.”

Supporters of Francis say he has moved the church toward greater transparency, but a definitive dollar figure of the Roman Catholic Church’s wealth remains unavailable.

CBC News has collected publicly available information for a partial list of church assets. They understand:

Various estimates cited by the Financial Times, CNN and other publications place the Vatican Bank’s holdings at around C$6 billion to C$10 billion. It holds the accounts of over 1,000 people and entities affiliated with the church.

The Vatican said it considered the work of Michelangelo, Raphael and others in its collection to be priceless, so assigned them a value of one Italian lira – less than a Canadian penny. But an article in New York Magazine said “even a fraction of the works could probably fetch billions”. This does not include the unknown amount of indigenous art and religious artifacts kept in the Vatican.

Exact figures are not available, but media reports indicate that the Vatican holds large reserves of gold, Italian stocks and other investments. According to the Wall Street Journal, leaked information from the recent criminal trial of one of the Vatican cardinals revealed a C$338 million purchase of Harrod’s former auto showroom in the wealthy neighborhood of Chelsea in London.

The Vatican released a statement last year saying it owns more than 5,000 properties worldwide, the majority of them in Italy, according to The Guardian.

The wider Roman Catholic Church is the largest non-government landowner in the world, according to the Fitzgerald Institute for Real Estate at the University of Notre Dame. His possessions total approximately 177 million acres, an area slightly larger than the province of Saskatchewan.

David Murphy, director of the Fitzgerald Institute’s “Church Properties Initiative”, agreed that land is the Roman Catholic Church’s most valuable asset, but he said the exact value – or even approximate – in dollars remains a mystery.

“I’ve been in the job for seven months and I’m still trying to get the situation under control.”

At an average price of C$900 per acre – the cost of the cheapest vacant farmland in Saskatchewan – the total would reach nearly $160 billion. Many Vatican churches, cathedrals, and embassies sit on much more valuable urban land in Toronto, Montreal, Vancouver, and other centers.

The church could also have even more uncharted land. This is because religious orders such as Oblates or Jesuits are not required to disclose their holdings to local bishops, he said.

Some experts say the Catholic Church still owes more than $60 million to Canadian survivors after the signing of the 2006 Indian Residential Schools Settlement Agreement.

The Canadian Council of Catholic Bishops admits the “shortcomings” of these efforts, but disputes the figure, saying they have met all legal obligations.

Legally, the case was dismissed after a Saskatchewan judge approved a controversial takeover proposal several years ago and the federal government refused to appeal the decision.

Following the discovery of unmarked graves across Canada last summer, as well as new revelations about the failures of the Catholic Church’s compensation efforts, the CCCB has announced a new $30 million fundraising campaign dollars over five years.

CCCB’s Jonanthan Lesarge said in a statement that dioceses in Saskatchewan, Vancouver and other centers are already fundraising, and the national campaign has appointed a group of Indigenous trustees and taken other steps. CBC News asked last week for a national dollar amount raised so far, but none was available.

She said church leaders must immediately address “the litany of promises that have been made and not kept.” This includes compensation.

Moran said it was extremely urgent and that the Vatican should intervene if Canadian officials do not act quickly.

“I don’t think there’s any doubt that from a moral standpoint the church as a whole – meaning the Vatican and the pope as well – should push and step up.”