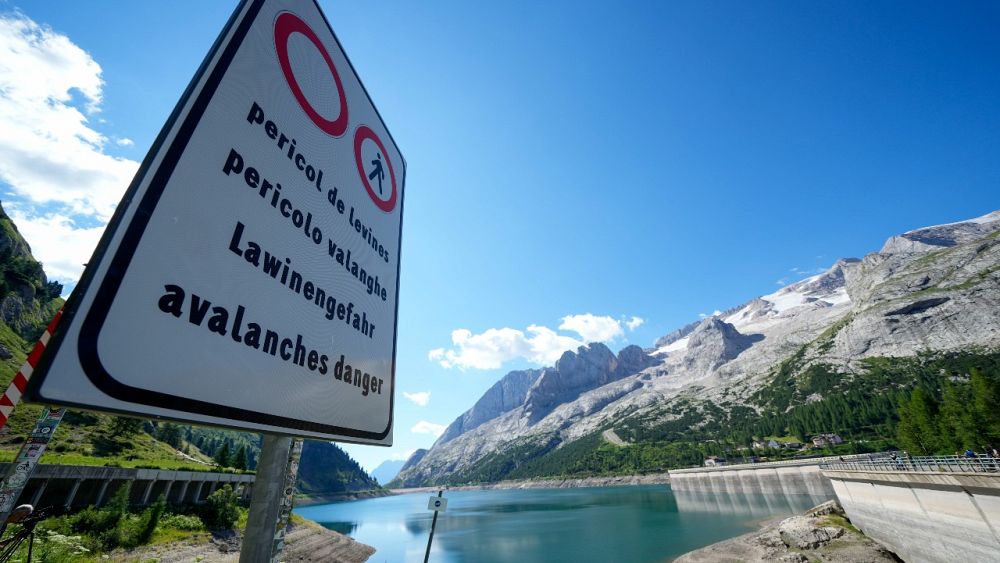 Swiss geologists monitor a mountain peak that is in danger of collapsing and damaging a village below.

New rock avalanches are feared after a stretch of the Marmolada glacier in the Italian Alps, collapsed on July 2 killing at least ten people.

The Marmolada is the highest peak in the Italian Dolomites and experts have identified another area at risk of collapse above the Swiss village of Kandersteg.

With its mountain lake, its hikers and its wooden chalets, Kandersteg offers a postcard landscape and is a renowned resort in the Swiss Alps.

Only accessible by helicopter, the mountain is closely monitored by a team of geologists.

“The black areas are where it slides. So here we fly over the bottom of the slide,” said Jörg Häberle, a geologist at the Office of Forestry and Natural Hazards.

“Here you can see the mass of loose rocks moving. And sometimes there are whole blocks, like the size of a car garage, falling.”

Geologists have now placed dozens of sensors to monitor the movement of the mountain and scientists have been able to establish that the mountain moves several meters each year, a record in the Alps.

The rate of displacement is attributed to global warming.

Some work has been done to protect the area from mud and stones during heavy rains, but despite the risk the locals take a relaxed approach.

“I think if you go by car every day, you have more risk than being killed by a stone from the mountain,” said a local resident.

It’s impossible to know when the mountain might collapse, but advanced monitoring systems can ensure an alert is raised 48 hours in advance, enough to evacuate the area.

Watch the report in the video player above.