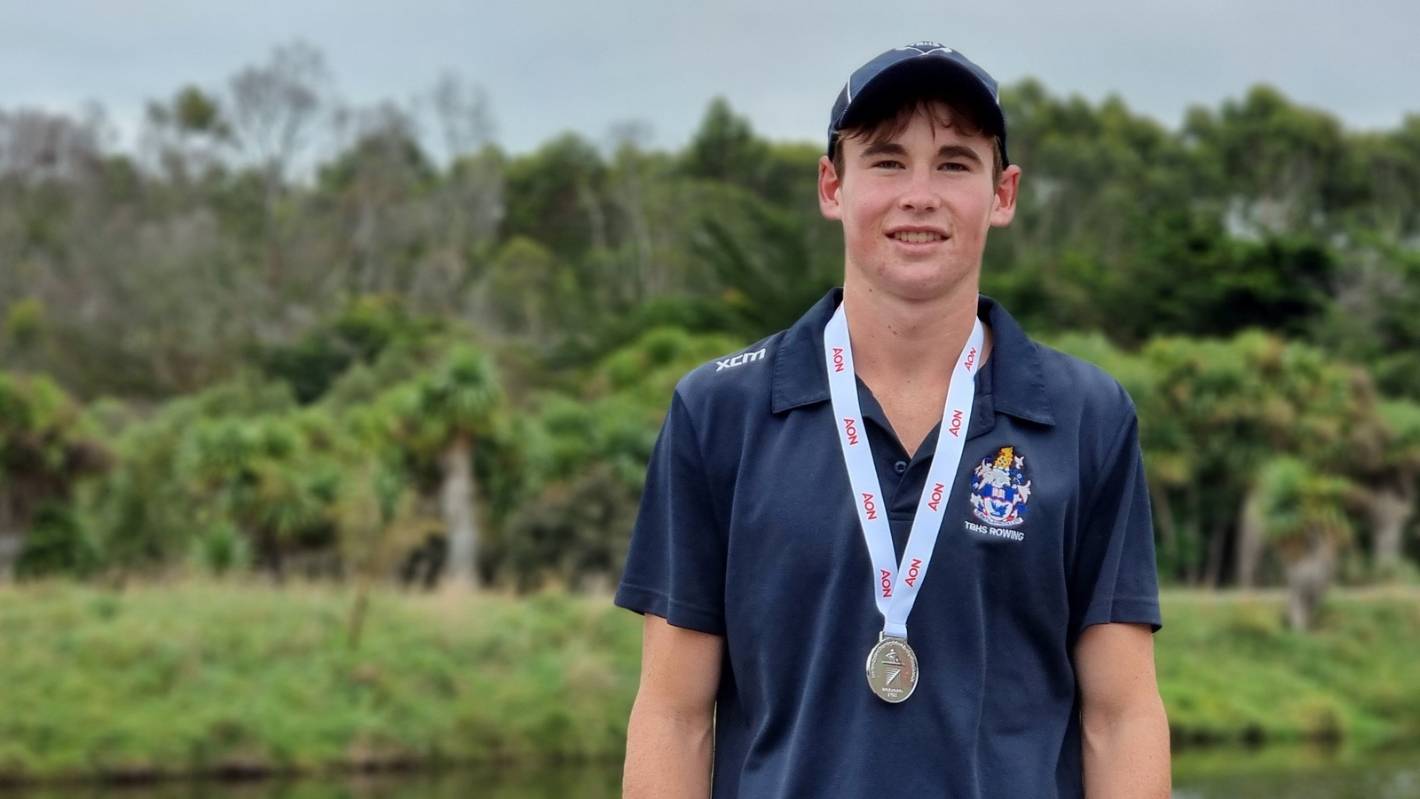 A young rower from South Canterbury who was part of the New Zealand Under-19 rowing team says he is excited about the journey ahead.

Sam Wilson, 17, from Timaru Boys High School, has been named to the New Zealand Under-19 rowing team in the coxless quad and will compete at the Junior World Championships in Varese, Italy in July. He was selected for the national team after the Maadi Cup in April.

Sam said the trials, which took place last week at Lake Karapiro, were very tough with intensive testing and seat racing against some top athletes from across New Zealand.

“When I first heard that I had been part of the team, I was extremely happy and very excited about the journey ahead,” Sam said.

“Now we are going to do a lot of training as a crew in Wairau [near Blenheim] and Lake Karapiro [Waikato]and I will also train here alone on Saltwater Creek in Timaru.

“I get on well with my teammates and it looks like we have a great group of boys who are going to have a blast.”

He looked forward to working with national team coach Guy Williams “who will prepare us for international competition”.

“None of this would be possible without my coach here at Timaru, Brian Smith, who does so much and got me to where I am now.”

Sam’s classmate, William Talbot and Elsie Talbot (unrelated), who attend Craighead Diocesan School in Timaru, were selected for the boys’ and girls’ under-18 teams respectively. South Island and won the North Trophy against South Island.

Elsie, 16, said the North vs South Island rowing competition, held at Lake Karapiro on April 28-29, was “really exciting and tough”, but she was happy to have won the overall championship.

“We had good coaches and it was a new combination for quads, but we came together with the help of the coaches,” Elsie said.

Elsie said she will continue training for the upcoming season, which will be her last with Craighead, and see what to do from there.

William said the South Island Trials took place at Twizel, April 22-24, where they raced to find the fastest boats.

“The North Island team was very strong, but it was a team effort by our entire South Island team to bring the trophy back down south.

“I am looking forward to resting after seven months of constant rowing training. However, I plan to row for the Timaru club when rowing resumes next season.

William said the South Island team formed very well as a team in a short time to connect all their different rowing styles into one which helped them move faster in the water.

TBHS rowing coach Brian Smith said he was “extremely excited” for William and Sam, and congratulated Elsie and the rest of the TBHS rowing team on the season they have had. had.

“They made the effort to get to where they are now. I’m happy for them. Sam’s trials were pretty rigorous last week.

Smith said he was really excited about the trio and was also excited to coach the 2022 Rowing NZ Trans-Tasman varsity team.

The team will travel to Australia to compete in a Trans-Tasman competition in July.

“It’s a good opportunity to learn more from other coaches, and it’s a great way to end the season.”