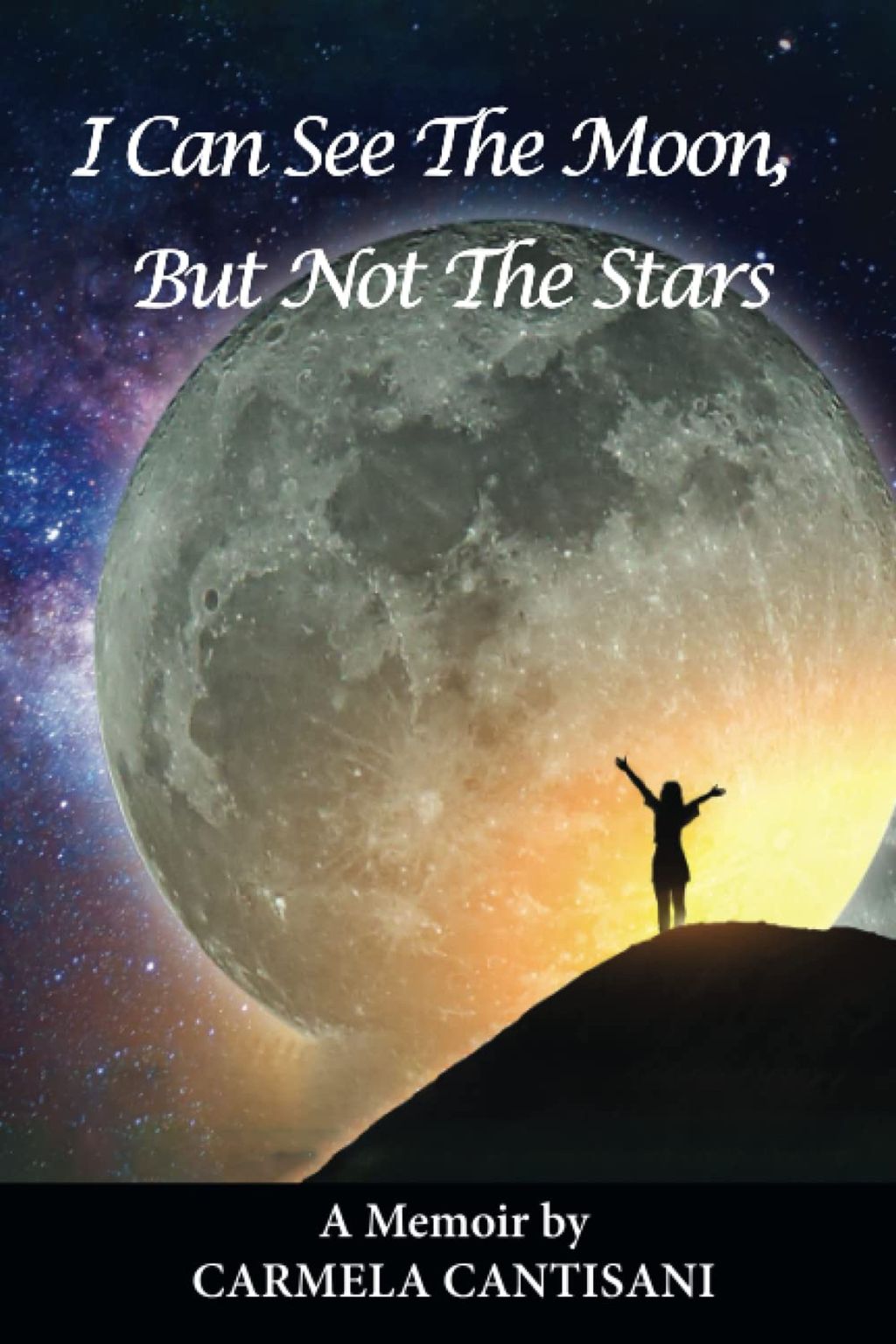 Carmela Cantisani sits quietly amid filtered sunlight streaming through her living room windows. Elegant in her red sweater with gold accents that complement her jewelry, she is both poised and spirited when she talks. English is not her mother tongue, yet she speaks the language of her adopted country as well as her native Italian.

Cantisani loves the color red, because she remembers it when she could see just enough to distinguish it from black. Born in the rural mountains of southern Italy to parents who were culturally rich but poor in means, she was one of five children, three of whom, including Cantisani, were born blind.

The cause, known as Retinosa Pigmentosa, affects the retina, the layer of light-sensitive tissue at the back of the eye, causing it to break down over time. Genetic disease, it usually affects males or females in the family, but not both. Cantisani and her two brothers were born blind, while an older sister and older brother were not.

“At first I could see shapes and shadows,” she said. “I could see someone sitting there but not who, and I had just enough light to see black, white and red, but not distinguish pink from yellow, only to know they weren’t At that time, I could see my face in the mirror, if I held it close, which helped me learn how to do my hair and makeup.

Over time, Cantisani lost this vision, leaving her with a blurred perception of light, but no more shapes or colors.

When Cantisani was a little girl, her parents saw her pointing at the moon as she rose, a glowing orb against a dark sky. His father took this as a sign of hope that his child could see more than he could have realized. Her mother replied, “She can see the moon, but she can never see the stars.”

Cantisani, who took the memory of that moment with her, made it the message of her new book, “I can see the moon, but not the stars”, a memoir of a life well lived, whether she could or not see it. play in front of her.

“Over the years, even as early as my late twenties,” she said, “I would share stories about my upbringing and people would say, ‘You should write about your life.’ But you don’t write from memory until you have something to say. I wasn’t totally clear on this message and wasn’t inspired to write until my father passed away and my mother’s well-being began to change.

And yet, it took years to find the time, the clarity and the courage to get the right words across. At first, she wrote it in Braille, and dictated it to her husband, Doctor Gilbert Converset, who read it aloud to her. It didn’t sound good. Still, with the support of a few friends, a writers conference, a transatlantic cruise, and editor Patricia Hamilton of Park Place Productions in Pacific Grove, Cantisani finished her book. It begins with her father’s death, ends with her mother’s slow dance in dementia, and everything in between is about the life of a woman whose inability to see never stopped her from contemplating a life dynamic.

“Being born blind wasn’t as devastating as being born poor,” she said. “My siblings and I were very self-conscious about our appearance. We cut paper to make books and turned the pages to pretend we were reading. And, if we only had a nice outfit, we wore it. But being blind was no excuse for anything. It forced me to develop physical and emotional self-confidence.

Cantisani’s first time snow skiing was in 1976, when her blind roommate invited her to try out at a Tahoe ski resort as part of Monterey’s adaptive physical education program. Peninsula College. After his ski instructor gave him an idea of ​​his skis, boots and poles, he showed him how to put his skis on, how to slide them back and forth, how to avoid and how to use his poles for balance and stability. Then he taught him how to chase snow.

“Snow skiing became accessible to blind people when I was in my early twenties,” she said. “A group of amputees returned from Vietnam and developed a program for disabled skiers, including the blind or visually impaired, by creating commands given from behind. I learned to slide forward, turn, pick up speed and stop.

Little by little, the program developed, just like Cantisani who did everything to get to the slopes, including hitchhiking.

In 1986, Cantisani, a member of the US Disabled Ski Team, won gold in the downhill and giant slalom at the World Disabled Championship in Sweden. Two years later, in 1988, she skied for Italy at the Paralympic Winter Games in Innsbruck, Austria, where she miraculously won a bronze medal after losing a ski. She retired in 1990.

Cantisani was 5 when she was sent from her home, on a small farm without electricity or running water in the rural mountains of Italy, to town to attend a school for the blind. A few years later, in search of a better education for their children, his family immigrated to America, having sold their farm to do so.

“Immigration is difficult for everyone,” she said. “People who have means do not immigrate. No one wants to leave home, but my parents had hope for their children. They always thought a miracle was just around the corner.

Seeking a college education that would suit his growing interest in travel and world exploration, Cantisani studied languages. Thinking that she might like to study translation and interpretation, she enrolled in what was the Monterey Institute of International Studies. Instead, in 1982, she became an Italian professor at the Defense Language Institute, where she met her husband, director of the French and Portuguese departments.

Along with a propensity for language, Cantisani found that she and her husband also shared a love of cooking and experimenting with recipes. This led to the development of a line of salad dressings and salad dressings, which flourished until the financial crisis of 2008.

“When people feel financially insecure,” she said, “they stop buying specialty items. We understood that the company had been forced to run its course. But I loved the creative side of this business, and it was quite a learning experience for me.

Ultimately, Cantisani began to shift her creative energies into writing. As so many friends and family had suggested, she finally wrote a book whose words allow her reader to imagine the life experiences she cannot. Yet she describes them in a kind of vivid detail as if she could.

“I Can See the Moon But Not the Stars” is available from River House Books at The Crossroads Carmel.