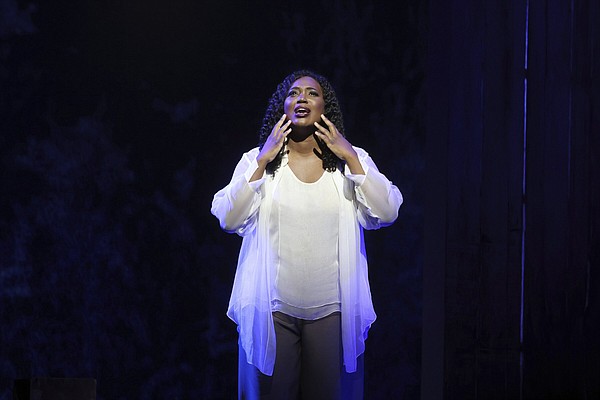 • Soprano Angel Blue says she won’t perform at an opera in Italy this month because blackface was used on the same stage this summer. The American singer posted a note on her angeljoyblue Instagram page saying she will be pulling out of ‘La Traviata’ at Verona Arena because the theater staged another Giuseppe Verdi opera ‘Aida’ which had performers in blackface. She called such use of “archaic” theatrical practices “offensive, humiliating and downright racist”. However, Angel Blue was still listed on the Arena’s website as singing the role of Violetta in “La Traviata” on July 22 and 30. The theater said it hoped the singer, who is black, would accept an invitation to meet with Arena officials. in a “dialogue” on the matter. He said he had “no reason or intention to offend or upset anyone’s sensibilities”. For decades, American civil rights organizations have condemned blackface — in which white performers blacken their faces — as dehumanizing black people by introducing and reinforcing racial stereotypes. “Let me be perfectly clear,” Blue wrote. “The use of blackface in all circumstances, artistic or otherwise, is a deeply flawed practice based on archaic theatrical traditions that have no place in modern society.” She said she could not “in good conscience associate myself with an institution that perpetuates this practice”.

• Retired US Supreme Court Justice Stephen Breyer gets a different title: professor. Harvard said Friday that Breyer was joining its law school. He graduated from law school and joined the faculty in 1967. He continued to teach at Harvard after becoming a federal appeals judge in 1980 until former President Bill Clinton appointed him to the high court in 1994. Harvard said that Breyer “teach seminars and reading groups, continue to write books and produce scholarships, and participate in the intellectual life of the school and the community of Harvard at large.” Breyer, 83, does not yet have any courses listed in the online course catalog. However, the school said his appointment as Byrne Professor of Administrative Law and Procedure would be effective immediately. Breyer is a longtime expert in administrative law, the law surrounding government agencies, and co-author of a textbook on the subject. “I’m very happy to be returning to Harvard to teach and write there,” Breyer said. “Among other things, I will probably try to explain why I think it is important that future generations of those associated with the law engage in work and adopt approaches to law that help the great American constitutional experiment to work effectively for the American people.”

Associate Justice of the Supreme Court Stephen Breyer holds a copy of the United States Constitution as he announces his retirement in the Roosevelt Room of the White House in Washington, Thursday, Jan. 27, 2022. (AP Photo/Andrew Harnik)