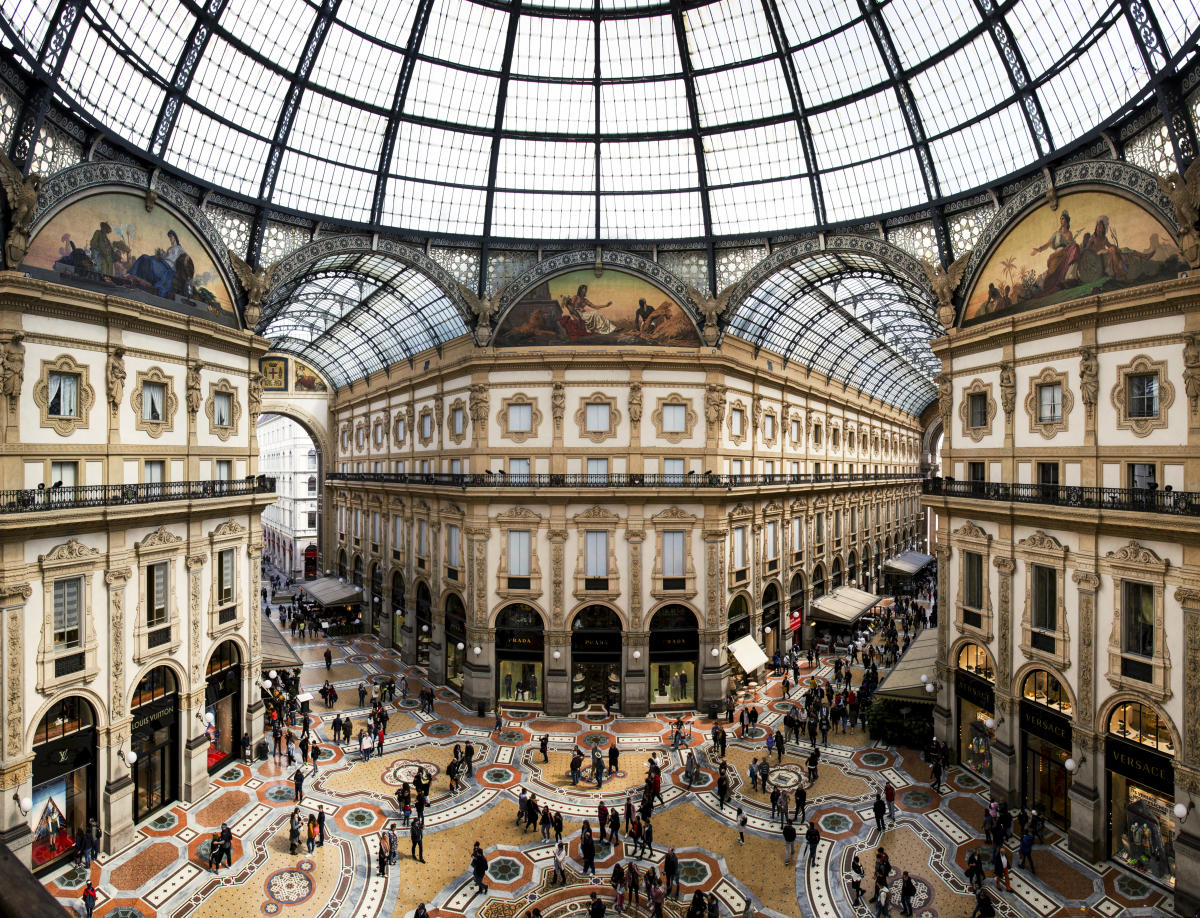 MILAN — Not just fashion and design: Milan is also going to have its beauty week.

A brainchild of the national association of beauty companies Cosmetica Italia in collaboration with the Cosmoprof and Esxence trade shows, the Milano Beauty Week event is set to hold its inaugural edition from May 3 to 8, just after Cosmoprof Worldwide Bologna has closed its trade show. of five days. May 2nd.

Unveiled on Thursday in the presence of local institutions, this initiative aimed at consumers aims to promote the values ​​of the Italian cosmetics industry and raise awareness of the social and economic role it plays in the country.

“Positioning cosmetics among the recognized excellences of Italian manufacturing is the ambitious objective that, for several years now, we have promised ourselves to achieve with targeted initiatives and daily dialogue with institutions and the media,” said the association president Renato Ancorotti, who has urged institutions to recognize the industry since taking office in 2018.

“The ambition is to enter the calendar of Milanese weeks, alongside fashion, design, wine and the many other flagship industries of our country,” he continued, adding that the event will show to the public behind the scenes of “a sector that represents a jewel in the crown of Made in Italy.”

According to preliminary data published by Cosmetica Italia, total sales of the local beauty industry increased by 10.2% to reach 11.7 billion euros in 2021 and are expected to reach 12.5 billion euros by the end of the year. end of this year, surpassing reported sales in 2019.

The industry also plays a key role on a professional level – directly employing more than 36,000 people – as well as for its scientific impact, since local beauty companies invest an average of 6% in innovation, double the investments made by other manufacturing industries in the countryside.

Italy is the fourth economic force in cosmetics in Europe, after Germany, France and the United Kingdom, but it has a key role in the supply of cosmetics, since 67% of make-up on the continent – or 55% worldwide – is manufactured by Italian companies, most of which are located in the Lombardy region.

Last year, exports increased by 13% to 4.7 billion euros compared to the previous year, while projections show a growth of 7% for 2022. Incidentally, while the war in Ukraine was a priority for all speakers on Thursday for both its social and economic implications, Ancorotti also indicated that Russia accounted for 3% of exports.

So far, more than 100 companies have been confirmed to actively participate in Milano Beauty Week, the events of which will all be open to the public and free of charge.

The heart of the initiative will be concentrated in the city’s central Palazzo Giureconsulti, which will be transformed into a Beauty Village hosting panels, workshops, laboratories and charity events related to the cosmetics world.

The venue will be divided into different thematic spaces, including Beauty Corner, which will offer cosmetic experiences from brands such as Max Factor, Dermalogica, Comfort Zone, Alfaparf Milano and Herbatint, among others.

Other sections will encompass the Beauty Tech zone, allowing visitors to explore and test the latest technological innovations in cosmetics; the ABC Cosmetici space, aimed at disseminating correct information on products and their formulations, dispelling the false myths linked to this world; a corner dedicated to sustainability and floral laboratories to train visitors on the importance and maintenance of these raw materials for cosmetics, among others.

On site, the Italian association of perfume companies Accademia del Profumo will also organize talks and workshops, as well as an immersive installation that will combine six iconic Italian films with an olfactory experience.

While this will be the beating heart of the initiative, other venues and stores dotted around the city – including Sephora, Marionnaud, L’Erbolario and Jus Box – will host events, replicating the FuoriSalone format that sealed the success of the Milan Design Week over the years. years.

In order to further involve the public and improve the promotion of the city, guided tours will be offered to discover the secret courtyards and architectural monuments of Milan, thus extending the definition of beauty beyond cosmetics.

In line with this approach, Milano Beauty Week will count on the support not only of a series of local institutions, but also of the Italian fashion chamber.

“I think this is the first seed of a growing collaboration with the Camera Nazionale della Moda Italiana because the values ​​of our industry include quality and safety but also creativity, and when it comes to creativity, these two sectors must dialogue more and walk side by side,” Ancorotti said.

The event was originally teased in September at Cosmoprof’s Special Edition in Bologna and was originally scheduled to take place this week, but was postponed as Cosmoprof rescheduled its dates due to the rise of the Omicron variant more early this year.

The idea was to create a unique dynamic for beauty in the country, with a succession of the Bologna fair, events in Milan and the Esxence fair dedicated to niche perfumery.

Still, the various postponements disrupted the idea, as Esxence was rescheduled to run from June 15-18, instead. The 12th edition of the show will also change location, moving from the shopping center to the MiCo-Milano Convention Center.

Maurizio Cavezzali, co-founder of Essence, said the show will be open to the public for its final two days to bring people closer to the world of artistic perfumery and olfactory culture. The last edition of the fair in 2019 counted 221 exhibitors and attracted nearly 8,000 visitors from 77 countries.