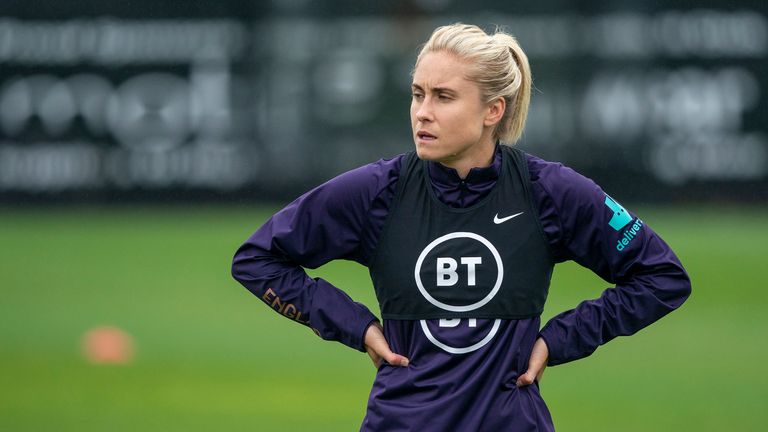 England face their first pre-Euro Women’s Test on Thursday when they take on Belgium at Molineux.

Sarina Wiegman named her final 23-man squad for the tournament coming up on Wednesday and this week’s friendly is a chance for fans to see the team in action.

Former captain Steph Houghton will not feature this summer, having struggled with an Achilles problem since January, while Chelsea striker Fran Kirby and Man City striker Chloe Kelly have both overcome injury problems respective to take their place in Wiegman’s team.

Former England international Laura Bassett says Steph Houghton had done everything she could to be selected in England’s Euro 2022 squad and would be hugely disappointed to miss out.

The match against Belgium – who will also feature at Euro 2022 – is the first of three friendlies before England kick off their home tournament against Austria at Old Trafford on July 6.

The Lionesses will also face the Netherlands at Elland Road on June 24 before traveling to Switzerland for their final warm-up clash on June 30. After the match in Zurich, the Lionesses will return to St George’s Park to put the finishing touches on the preparations. 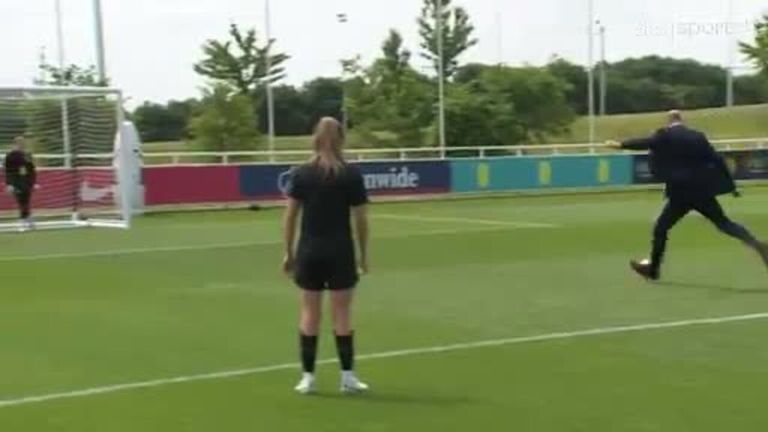 Before the Women’s Euro, Prince William joined the England team to wish them good luck for the tournament and show off his shooting skills!

Will we have any indication of the starting XI against Austria?

Wiegman probably already has a clear idea of ​​who she will start at Old Trafford on July 6 – but these friendlies will give her the chance to experiment, tinker and see who could claim her place.

All three goalkeepers – Mary Earps, Ellie Roebuck and Hannah Hampton – are likely to play in the friendlies and expect to see each of the 23 named players give up a few minutes.

One of the most important aspects of these friendlies is to test England against better opposition. Despite a glut of goals under Wiegman so far, they have come up against the likes of Latvia, North Macedonia and Luxembourg.

There were already positive signs at the Arnold Clark Cup in March – an invitational tournament organized by the FA – which was won by the Lionesses ahead of Olympic gold medalists Euro 2022 favorites Canada. Spain and the German international power.

England have yet to lose a game under Wiegman – drawing only twice, albeit both in the Arnold Clark Cup – and it will be important to keep that momentum going ahead of those fixtures. The Lionesses will be aiming for three wins but also and perhaps more importantly, consistent performances.

What about Belgian women?

Belgium has made steady progress over the past decade. This summer represents their second appearance at a major tournament and their second consecutive European Championships.

The Red Flames finished third in their group at Euro 2017 behind eventual champions the Netherlands and Denmark, and will this time be in a group with France, Italy and Iceland.

The last time the two sides met was a 3-3 friendly draw in August 2019. England had led 2-0 but needed a late Nikita Parris penalty to secure the tie in tough form after finishing fourth this summer. World Cup.

Like England, Belgium head into Thursday’s friendly and the Euros with plenty of experience in their ranks. Janice Cayman has 124 international caps and is second on the all-time goalscoring list (47) behind Tessa Wullaert, who scored 65 goals in 106 caps.

It speaks volumes about the quality of the Belgian squad that seven of their 10 all-time cap holders are current players, and two more have retired within the past three years.

Much of their improvement is also due to long-time manager Ives Serneels, who has coached the national side since 2011. He is hoping to lead the Red Flames to the knockout stages for the first time in their history this summer.

Catch up on all the latest Euro 2022 news on Sky Sports and Sky Sports News this summer.

Pundits and presenters will work from the Sky Sports Women’s Euro 2022 mobile presentation bus, which will follow the Sky Sports News team around the country to the various stadiums where the matches are taking place.

Additionally, Sky Sports’ essential football podcast will be rebranded for the Sky Sports Women’s Euros Podcast Tournament from June 21. Hosted by Charlotte Marsh and Anton Toloui, it will feature exclusive news and player interviews in addition to a solid tournament programme.