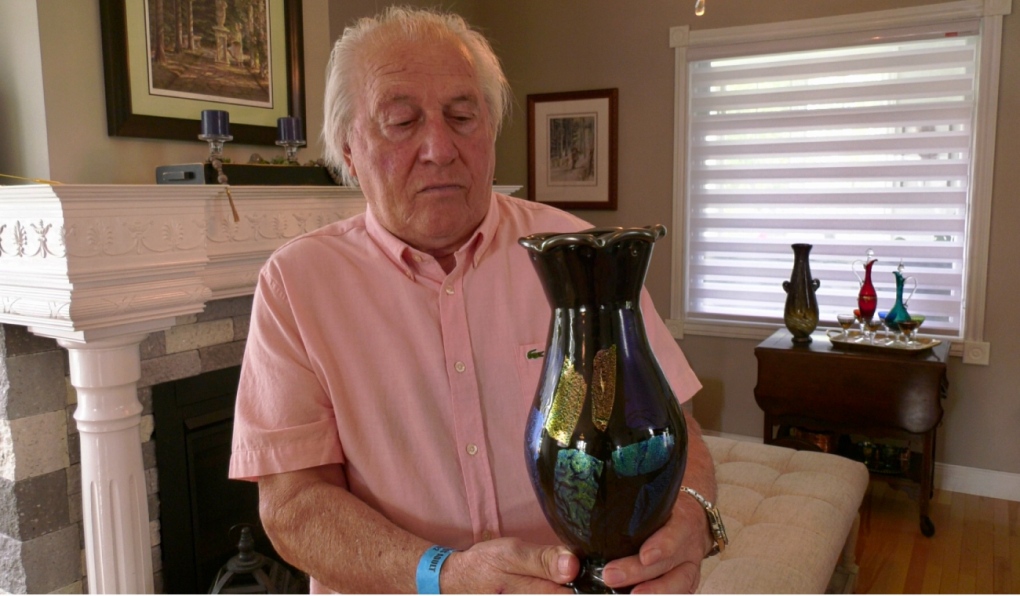 Rossi, is a master glassmaker who has led an interesting life. He has notably made original creations for famous people, even personalities like Elton John.

“I was selected by Elton John, (he) sent someone to me to see how good I was because I work with so many different artists,” Rossi said.

After decades of traveling the world creating, teaching and sharing his art, Rossi said it was time to retire and find a calmer lifestyle. He moved in with one of his daughters in December and admits it’s good to live there.

“People are very nice and very, very easy going in a place like this. You live in peace here,” Rossi said.

And, he said he was looking forward to connecting with other artists in the area. With the help of his daughter, they prepare an exhibition of his works.

“It’s in a sense a dying art even though there are a lot of apprentices out there; my dad has the old school way of Venice in Italy so he’s a master at his craft and I think they’d just be fascinated to know that someone here like that lives here,” said Jennifer Piette, the daughter of Rossi, to CTV News.

The town mayor said she was happy Piette and Rossi made Smooth Rock Falls their home.

“To see the quality of his glass; I am very encouraged that Angelo is succeeding in this area and I ask them to continue, not only in Smooth Rock but to go and do shows in other places.”

Rossi’s exhibit is scheduled for the weekend of September 23-24 at the city’s Legion Hall. He also plans to show videos of him in action and will have countless stores to tell, including the time he met OJ Simpson and Carol Burnett.