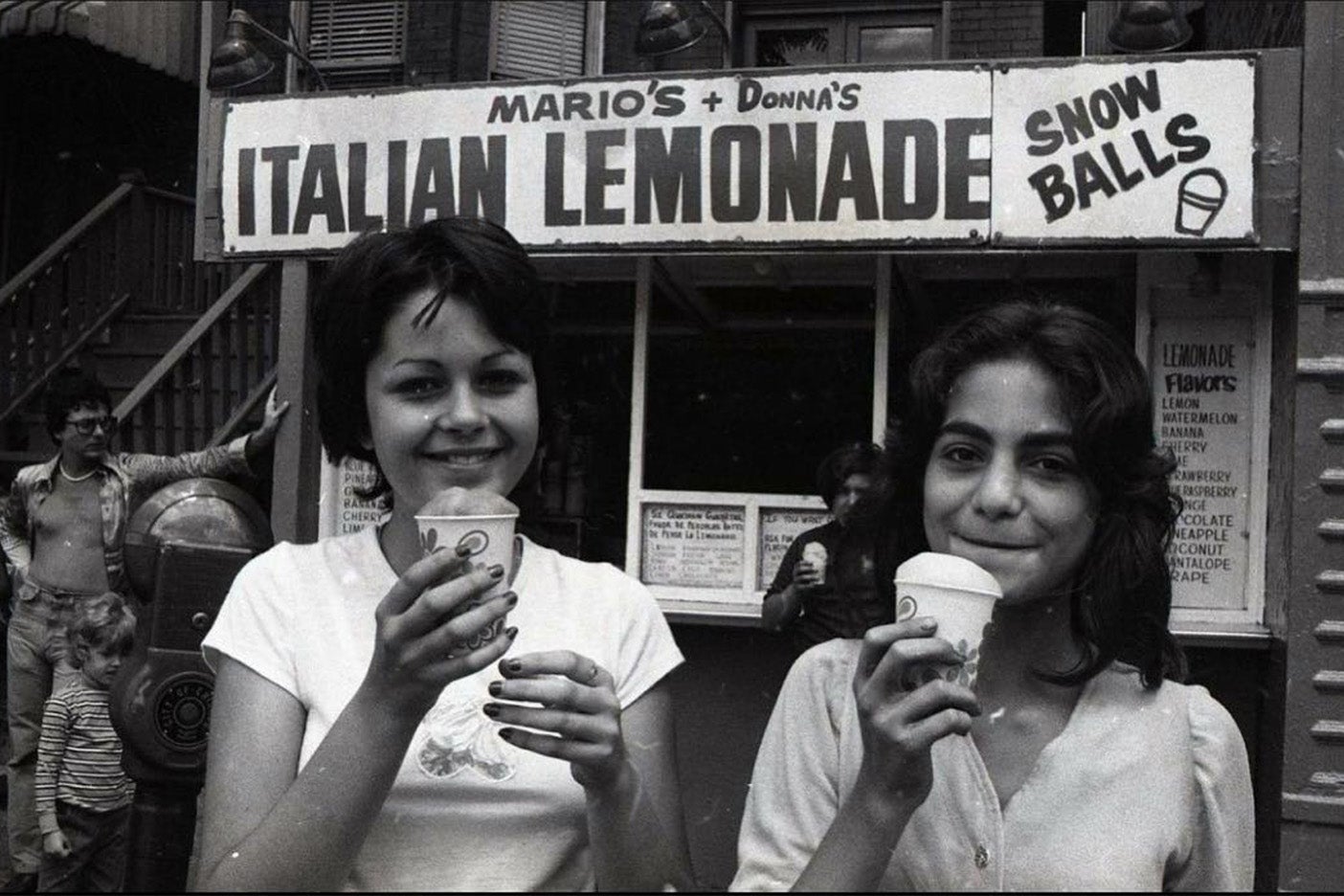 The food is more than what’s on the plate. This Is Equal portionsa series from editor Shane Mitchell, investigating bigger issues and activism in the world of food, and how a few good eggs help make it better for everyone. ​​

“There’s going to be a sugar shortage,” says Mario “Skip” DiPaolo, sitting on the front porch of his townhouse on West Taylor Street in Chicago’s Little Italy. “But I know a guy.” After a long day of refueling in his truck, the 74-year-old owner Mario’s Italian Lemonade rubs her aching knees and greets customers waiting to order at the window of her family’s frozen lemonade stand. “I also had lemons today.” During summer’s first heat wave, Chicagoans stand under a shade tree strung with plastic lemons, enjoying gooey treats served in waxed paper cups.

Founded in 1954 by DiPaolo’s father, Mario Sr., who immigrated to Chicago from Italy’s Abruzzo region, the lemonade stand was a modest extension of a hobby intended to keep his son out of trouble. The young DiPaolo started at the age of six with an old-fashioned hand-cranked machine on a cart outside the family’s general store, where he sold frozen lemonade for two cents. “We don’t call it ice cream,” says DiPaolo. “It’s Italian lemonade. It’s just the name we’ve always stuck with. Back then, a horse-drawn cart delivered ice in hundred pound blocks and the lemon juice was squeezed by hand before being churned. “My grandma bought me my first electric lemon squeezer with S&H green pads,” says DiPaolo. “[She] taught me to change [by] play Monopoly with real money. And she cheated! A great lady, I loved her very much. According to DiPaolo, his grandfather, father and uncle built the permanent stand out of reclaimed wood. When the company took off, they bought Alaska Hostess Motorized Freezers and added more flavors (they now offer about 30). The most popular is the peach, but only when the fruit is fresh. Customers regularly stop by to ask DiPaolo when he’ll appear on the specials menu.

Not everyone loves the tricolor stand, with its whimsical lettering of Galileo Scholastic Academy fourth-grade students. As the Near West Side neighborhood gentrified around the Circle campus of the University of Illinois, many native Italian-American residents were relocated in the late 1960s. The family business was targeted as a horror and a nuisance. DiPaolo says he has spent years resisting threats of closure. Needless to say, this became political in a Chicago-specific way. He admits he and one of his sons struggled a bit. Two police cars drive past, lights flashing, but soon after, two young officers are also queuing for lemonade.

Street vendors across the United States have faced a long history of targeted harassment. In Chicago, Department of Sanitation inspectors routinely tossed their products in the trash or sprayed them with bleach. A virality video NYPD officers arresting a woman selling churros from an unlicensed cart on the subway sparked outrage in 2019. It happened again last month, when NYC Parks Department security tossed churros during the Mermaid Parade on the Coney Island Boardwalk. And in greater Los Angeles, where permitted sidewalk vending was legalized in 2020, food vendors continue to be insulted, racially profiled, handcuffed and detained.

Even kids who set up lemonade stands in their front yards risk fines and citations, except in the 14 states where permits aren’t required. “Leave the little kids alone,” DiPaolo says. “You don’t want to take the starch off of them when they’re just getting started.” Advocacy groups have emerged to address the imbalances inherent in these micro-entrepreneurship ventures: LA Street Vendors Campaign hosts community forums, assists with permit applications, and provides funds to offset the economic impact of pandemic shutdowns. Based in Manhattan street vendor project offers outreach services such as immigration resources, legal advice, small business training and loans. Association of Street Vendors supports work with dignity causes and continues to promote food cart regulation and health standards in Chicago.

The light fades and the breeze slows, so cheerful swirls made from recycled bleach bottles suspended above the booth stop swirling. Staff continue to take orders. “If you’re a hard worker and can make changes, you’ve got a job here,” says DiPaolo, whose family donates to St. Ignatius College Prep High School’s Tuition Assistance Program. “We hire high school students who can stand. ‘Cause I’m going and I’m too slow now. For most of these children, however, this is their first job. And you still remember your first job. Giving the lemony treat of summer often goes hand in hand with serving the community. It might just be a few dollars in their pocket, but it can also be an agent of change and a first way to teach budding entrepreneurs social good.

DiPaolo nods to the last customers lingering around the booth. A father and his three adult children stop in front of the townhouse fence to greet him.

“You are the man!

“Hey, how are you,” DiPaolo replies.

“I’ve been bringing my daughters here since they were about five years old.”

“No kidding. I don’t owe you money, do I?” DiPaolo joked.

“He’s the guy who’s been coming every day for 20 years, he’s made this job a success. Not a movie star who comes over once and drinks lemonade. He sighs and gets up, ready to go in for dinner. “I should be retired. I should stop.

Chicago will be a little less cool when it does.