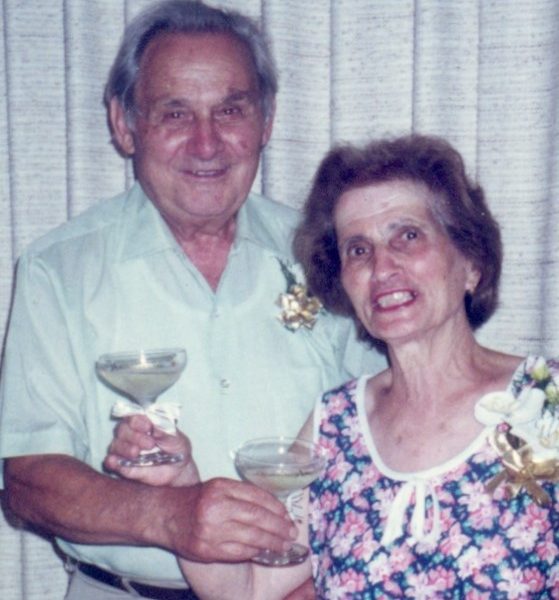 PITTSFIELD – Guy Noto, 100, died peacefully at Berkshire Medical Center, with his children by his side. He was born on February 24, 1922 in the town of Molochio, Provincia di Reggio Calabria, Italy. He was the son of Giuseppe Noto and Vita (Bovalina) Noto. He moved to the United States in 1935 with his

family, settling in Pittsfield, MA. Guy was educated in Italian schools and later in Pittsfield public schools, graduating from the carpentry program at Pittsfield High School. A member of the greatest generation, Guy served in the United States Army, 115th Ordnance Company, as a technical sergeant, during World War II. His unit was responsible for the construction of the Burma and Ledo roads in the China-Burma-India theater. He survived sweltering jungles and months of monsoons until the end of the Pacific War in August 1945. He served under General Joseph Stilwell.

He married his beloved wife, Immacolata, in 1949, in Italy. They resettled in Pittsfield and raised their family. After the war, Guy was employed by the General Electric Company of Pittsfield, working in the power transformer division and eventually became an inspector in the distribution transformer regulator division of General Electric in Pittsfield. He retired from GE in 1980. He was a member of GE’s Quarter Century Club. He was also a life member of ITAM Lodge in Pittsfield, until its recent closure. He was a longtime communicant of Our Lady of Mount Carmel Church, Pittsfield until it was finally closed by the Diocese of Springfield. At Mount Carmel Church, Guy served as usher at the 10:30 a.m. mass every Sunday. He was very active in the parish, serving on the parish council and organizing bingo and lawn games. Upon closing, Guy became a communicant of Sacred Heart Church in Pittsfield. He was a devout Catholic with an unwavering faith, which kept him in good stead throughout his life. Her faith and positive attitude undoubtedly served as a model for a long and happy life. Guy also enjoyed planting a garden each summer with his son, Michael. He loved dinners and vacations with his family and taking long walks with his grandson. He was a man of simple pleasures.

He is survived by his daughter, Josephine MacFarland and her husband, Keith, of Westfield, MA; his son Michael Noto of Pittsfield; his grandson Ian MacFarland and his wife, Cheray of Shelburne, VT. He also leaves a great-granddaughter, Nola Mae MacFarland, of Shelburne, VT; one sister, Carmelina Curro of Naples, FL and two special cousins, Lena Noto and Teresa Musacchio, both of Pittsfield. He also leaves behind extended family members in Italy, Australia and the United States. He was predeceased by his beloved wife, Immacolata, as well as his parents and three sisters, Josephine Noto, Lena Noto and Vency LaConte.

Calling hours were held on Monday, May 9, 2022 at Flynn-Dagnoli Bencivenga Funeral Home, 5 Elm St., Pittsfield and was followed by a Christian Burial Mass at Sacred Heart Church, 191 Elm Street, Pittsfield, celebrated by the Reverend. Steven Montesanti. The entombment followed mass at St. Joseph’s Cemetery on Pecks Road in Pittsfield.