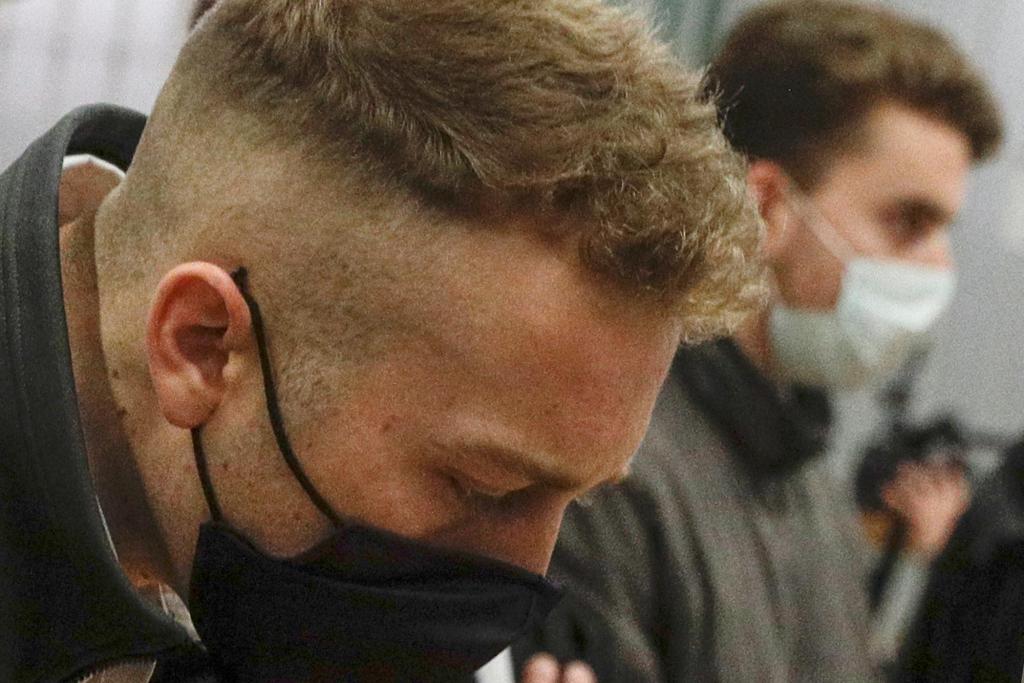 ROME — An Italian appeals court on Thursday reduced the sentences of two young American men serving life sentences for the death by multiple stabbings by a Carabinieri policeman while on vacation in Rome in 2019.

After just over three hours of deliberations, the court in the Italian capital handed down sentences of 24 years to Finnegan Lee Elder and 22 years to Gabriel Natale-Hjorth, former classmates of Tamalpais High School in Mill Valley.

The court upheld the two men’s convictions for the murder of Carabinieri Vice-Brigadier Mario Cerciello Rega on a street near their hotel.

After the first trial last year, the two friends had begun serving their first life sentences, the harshest sentence in Italy, in separate Roman prisons.

Judge Andrea Calabria kept the media out of the courtroom for pandemic reasons, and the defendants’ reaction to the ruling was unclear. Italy has two levels of appeal and Elder’s lawyers have indicated they will seek a remedy.

Cerciello Rega, 35, was given a hero’s funeral at the church in the Naples area where he was married a few weeks earlier. The officer was stabbed 11 times, including in the vital organs.

His widow, Rosa Maria Esilio, told reporters after Thursday’s verdicts that Cerciello Rega’s blood as a servant of the state will symbolically remain “eternally in the streets”. Accompanied by her lawyer, she saluted “the honor and the courage” of a man “who died at the happiest moment of his life”.

In May 2021, the trial court convicted Elder, now 22, and Natale-Hjorth, now 21, of murder as well as attempted extortion in connection with an attempted failed to buy cocaine in a nightlife area of ​​Rome. Both men were also found guilty of resisting a public officer and carrying a knife-type attack without cause.

“At 22 and with three years in prison, I had plenty of time to think,” Elder said, speaking in recently acquired Italian with a heavy accent. He expressed “remorse for the pain I have caused” and for the “endless mourning” suffered by Cerciello Rega’s family.

The officer and his patrol partner, dressed in shorts and casual shirts, were on a mission in plain clothes when they confronted Elder and Natale-Hjorth before dawn on July 26, 2019. For reasons never entirely clear, neither officer brought his service weapon. on the mission.

Elder and Natale-Hjorth testified at their first trial that they believed the officers were thugs for retaliating after the foiled deal to buy cocaine hours earlier in another part of Rome.

The surviving patrol partner, officer Andrea Varriale, insisted that the police identified themselves as carabinieri, but the defendants disputed this. In the appeal trial, the defense hammered home the contradictions in Varriale’s versions of events.

Elder’s attorneys said in a written statement that while eliminating the previous life sentence “removes one of the unconscionable aspects” of the trial court’s decision, they question why the court apparently “insisted to believe at all costs” in Varriale’s “many lies”.

Elder insisted he stabbed Cerciello Rega in self-defense because he feared the burly officer was trying to strangle him.

“Elder does not deserve forgiveness,” Saveriano said in his closing argument Thursday. As for the co-defendant, Saveriano noted that Natale-Hjorth’s fingerprints were found by police on a panel in a false ceiling in the American’s hotel room where he hid the knife.

Natale-Hjorth testified at the first trial that he struggled with Cerciello Rega’s partner. He insisted he was unaware of the stab wounds, but then hid the knife.

Francesco Petrelli, one of his lawyers, regretted that Natale-Hjorth had been sentenced, even though he “didn’t see (the stabbing) happen. He hadn’t planned it and it couldn’t have been planned.

Prosecutors alleged that Natale-Hjorth devised a scheme to recover 80 euros ($88) the Americans paid for cocaine they did not receive. Angered by the scam, the tourists snatched the backpack from the alleged middleman in the case and demanded their money in exchange for the return of the bag, with the middleman’s mobile phone inside, alleged the accusation.