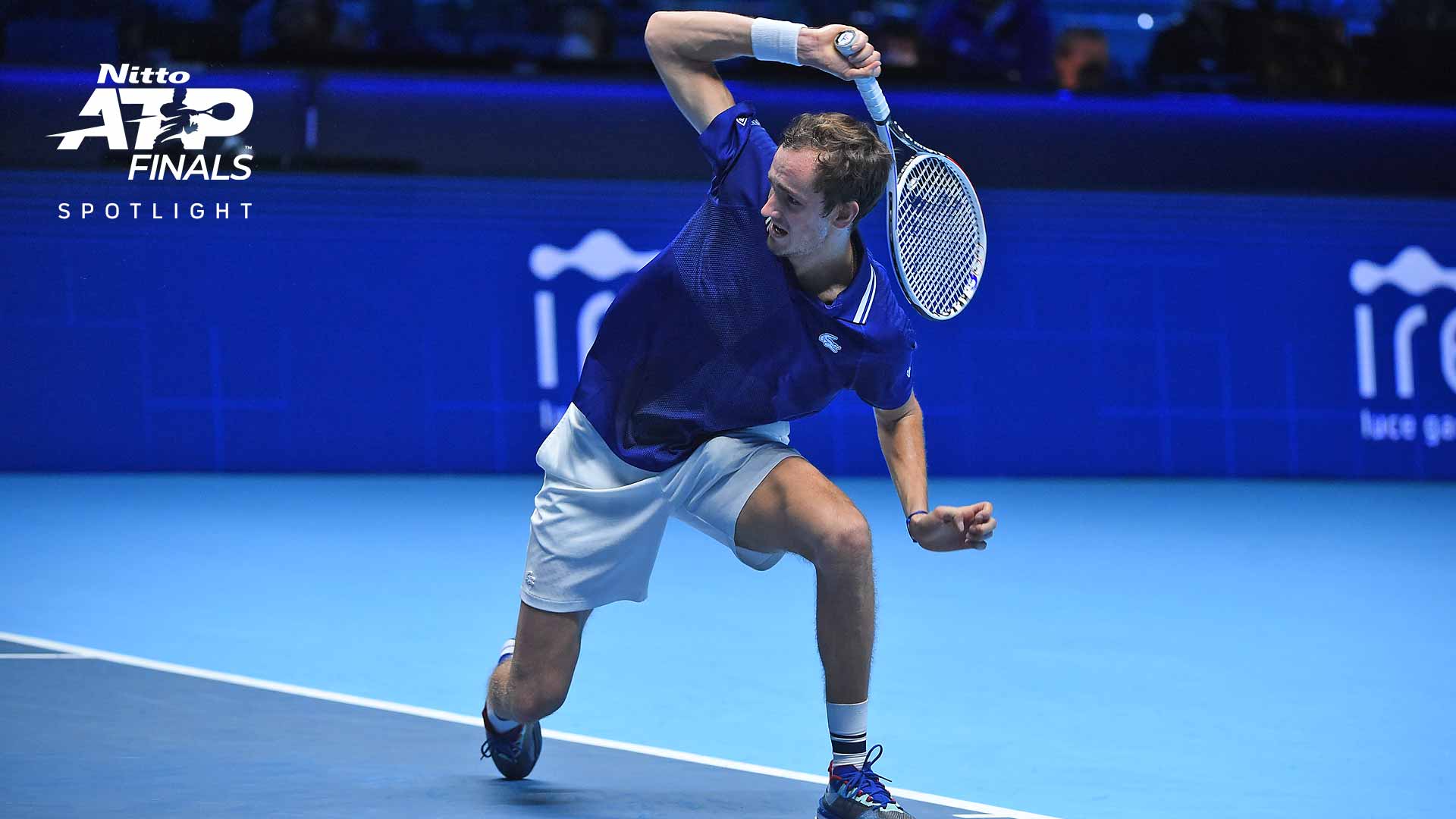 Daniil Medvedev, who is the reigning Nitto ATP Final champion, has already secured a place in the semi-finals this year after taking first place in the red group at the Pala Alpitour.

The Russian is trying to become the first player to win back-to-back titles in the season finale since Novak Djokovic triumphed in four consecutive editions from 2012 to 2015.

ATPTour.com caught up with the world number 2 to find out more about his trophy race last year, how he enjoys Turin and what his favorite Italian cuisine is.

What stood out in your race for the Nitto ATP Finals title last year?
The greatest memories were the semi-finals and the final. Of course, I remember every game, every game was difficult. But in the semi-final I was down, Rafa [Nadal] served for the game.

I remember I felt like I was playing well. I was in great shape, I had just won Paris. I was there and I was like, “Am I really going to lose like this 4 and 4 and come home?” The house was near. It was the last tournament of the year so I didn’t want to end that way and I was just glad I made it through, because you won’t make it [back] all the time, especially against someone like Rafa.

In the final against against Dominic [Thiem] it was the same. He completely dominated me for much of the game. I think at 3-3 or 4-4 he had a few break points and I remember he had one, it was kind of an easy forehand. I was at the net and he missed it. But that’s tennis.

I managed to win both games, they lasted two and a half hours, two hours and 45 minutes. These two games remain in my memory because they make the title even sweeter.

Photo credit: Corinne Dubreuil / ATP Tour
What do you think of the transfer of the tournament from London to Turin?
It’s definitely different. It’s a different city, a different place. It takes a while to get used to. I feel like the first few days it’s still not easy when you come to a tournament you are playing for the first time.

Everyone asks me how I feel as the defending champion. I always answer that I have the impression that there is no defending champion. He’s just a new champion in a new city, which is Turin. I’ve really enjoyed it so far, mostly because I play well. I hope for more.

What is the particularity of Italian fans?
Italian fans are passionate. We have a queue in front of our hotel, rain or shine. Of course a little more when the weather is nice! It shows how passionate they are about tennis. I think we try to give them back [to thank them].

What is your favorite Italian cuisine?
To be honest, I love Italian food so much, but I’ll have to go for panna cotta because I love sweets and it’s really, really good in Italy. I took it two or three times before the tournament because during the tournament I don’t eat sweets.