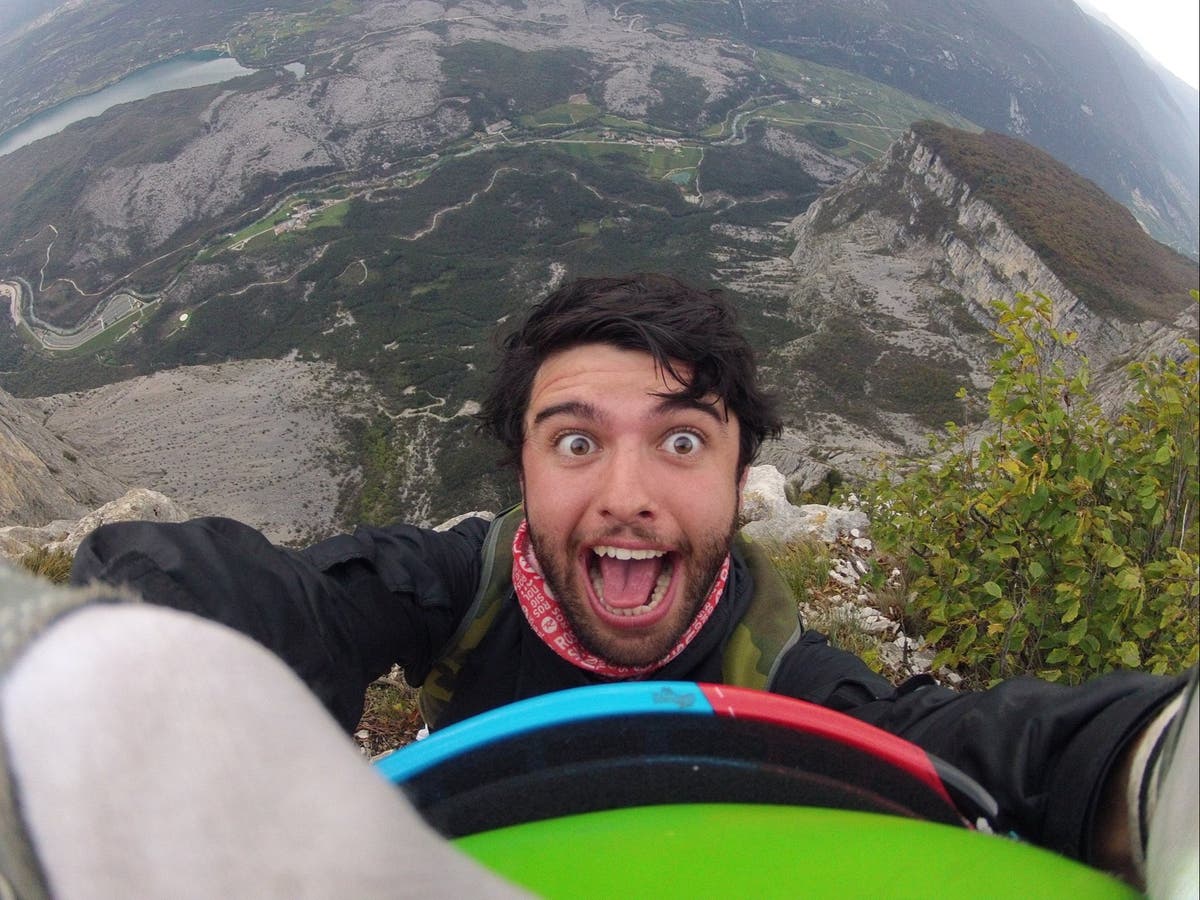 A British base jumper was killed after his parachute failed to open.

Dylan Morris Roberts, 33, died in the crash in the Italian Alps on Friday – just a day after an Australian man was killed in a similar incident.

The former skydiving instructor is said to have been with a group of five friends in the popular hiking area of ​​Monte Brento in the northern Trentino region when he jumped from a height of 800m.

He allegedly jumped from a spot known locally as ‘Happy Birthday’ around 7 a.m. but hit the side of the mountain after falling about 200m, according to onlookers.

The experienced skydiver’s parachute is believed to have failed to deploy, although local police have been quoted as suggesting he may have miscalculated his course.

Mountain rescuers managed to recover his body after being called to the scene.

Mr Roberts was a qualified skydiving instructor who had worked with the British Parachute School based in Langar, Nottinghamshire.

He also enjoyed base jumping, a sport that involves jumping from fixed objects such as bridges, buildings, and cliffs and using a parachute to descend safely to the ground.

In September 2018, he wrote on Facebook: “Some of the happiest memories I have are teaching people to skydive and seeing the pure happiness painted in the beaming smiles on their faces.

“I will always remember them by those happy moments in freefall.”

Mr Roberts previously paid tribute to father-of-two Aiden Chaffe, 31, from Derbyshire, who died in a skydiving accident in Langar in 2018.

He wrote at the time: “You were a brother to me Aiden, we gave each other a silly kiss before you jumped off the plane that last time and with your big silly smile on your face!”

Following news of Mr Roberts’ death, a friend, referring to Mr Chaffe, wrote on his Facebook page: ‘Hope you two are together in heaven now.’

The Foreign Office said: ‘We are supporting the family of a Briton who died in Italy and are in contact with the local authorities.

Mr Munting died after hitting a ravine off Mount Simone on Thursday morning.

He was described as one of the most experienced base jumpers in the world and was said to have been working as a base jump instructor at the time of his death.