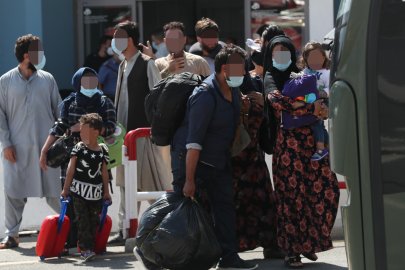 An Afghan teacher who has just arrived in Sardinia said in a recent interview that the situation in her country suddenly collapsed, leading her to flee Afghanistan from the Taliban. With her is an 18-year-old student.

An Afghan teacher who has just arrived in Sardinia after fleeing her country told ANSA that on Thursday (August 12) before the fall of Kabul, “everything was calm”.

“We knew that the Taliban were winning in the provinces, but everything was going smoothly,” she said. Students were coming from all over the country because of the exams, recalls the professor.

“The exams went as usual and we went home with the tests completed. Friday was a public holiday and then on Saturday disaster struck.”

â€œI left home to go to school and they told us Kabul had fallen. They urged us to come home and not go out. That’s when we understood that it was all over. School was over, our future was not secure anymore. “

She said she had no choice but to leave. The pilgrimage to the airport with the children and relatives was difficult, she said.

â€œIn the end, we somehow arrived in Rome and were greeted in a wonderful way. We were finally happy,â€ she noted. Shortly after, she was transferred to Cagliari, Sardinia.

The most wonderful news came “when we were told our children could go to school,” she recalls. “This is the future for us.”

“I dream of becoming a doctor,” says a young student

An 18-year-old student is with her. She fled Afghanistan a year before reaching â€œgrade 12,â€ the equivalent of a high school diploma. â€œI don’t know how yet but I have to continue,â€ said the student. â€œMy dream is to become a doctor.

The difficult journey before reaching Sardinia is also told by a man, father of seven, who was traveling in the same group of refugees as the teacher and pupil. The man said he worked with Italians in Afghanistan and feels grateful for them.

“When we arrived in front of the airport, we had thousands of people in front of us. For us, who also had children, it was an insurmountable wall even with the right papers to leave. It was the Italians who helped us. and, once we got to the barrier, they cut the net to let us in. After that it all got easier, â€the man said.

“The Italians in Afghanistan knew how to treat people and be appreciated. When they moved to another region and were replaced by soldiers from other nations, it was not the same.”

The sense of appreciation was confirmed once the group reached Rome, he said.

“Wonderful welcome, it was wonderful in Sardinia,” he said. “We only had the clothes we had worn for the trip, they asked us for a list of useful clothes. The list was long, we were almost ashamed to give it to them. But they were exceptional,” said the man, thanking in particular help from Caritas.

â€œIn particular, aside from the material things we needed, they were always close to us. The same happened with the people we met in the following days. This is our second home, we want to be a part of it. of this community, â€he said.

Note: No photos were taken and names were withheld to protect identities